In this tutorial, I will be showing you how to use the /data command along with showing some example commands.

The /data command is used to get, edit and remove the nbt of any block or entity using Data Tags.

I will start with /data get. This is used to view an entity or blocks nbt. Type '/data get' and then 'block' or 'entity' depending on what you are doing. Then for blocks we put the coordinates of where the block we want to edit is or for entity we use a selector - make sure it is limit=1 - and then press enter and it should return with the data. 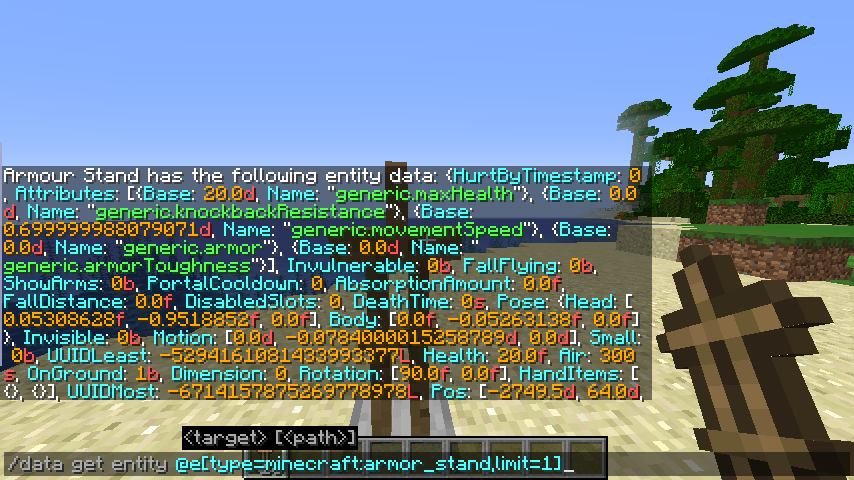 You can also put a path in which is a specific nbt so for example say I put
/data get entity @e[type=minecraft:armor_stand,limit=1] Rotation
Instead of showing all of that information it will just tell me the rotation.
Next it /data merge. This is used to edit the nbt we previously viewed.
Blocks such as chests, dispensers all have different settings (Chests and dispensers have containers) and for entity they all have their own nbt to edit to.

For blocks we put the coordinates of where the block we want to edit is or for entity we use a selector and then we are going to use McStacker to edit the data tags as it has a /data option on the website or you can use /data get.
Check out McStacker!
Then it should all work! Here is an example.
/data merge block -2751 64 -1244 {Owner:{Name:"Notch"}}

Finally is /data remove. The command format is exactly the same as /data get but instead of telling you the result it remove it. This isn't very useful as you can just do this with /data merge as I won't cover it much.

Hope this helped! ~Blue
Next